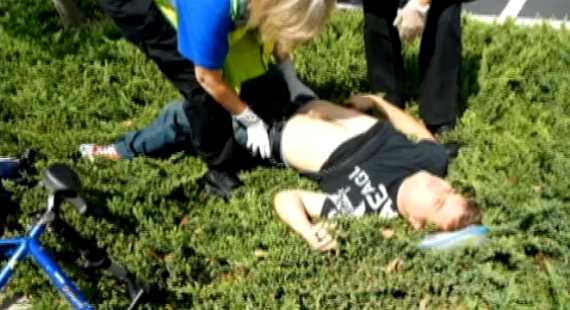 Video of reckless old lady in a golf cart does a hit and run on guy riding his bike. Victim Ryan McElroy was wearing a GoPro camera on his helmet and caught the whole scene on video.


McElroy gave police the video that shows a woman driving a golf cart on Paige Place in Lady Lake as she hit McElroy and drove away. The man scratched up his knees and hands, and was treated at the scene. Aside from being sore, he said he’s OK.

McElroy said if not for the helmet, his injuries would have been a lot more severe. He said he’s hoping police can quickly track down the driver of the golf cart and get an explanation.