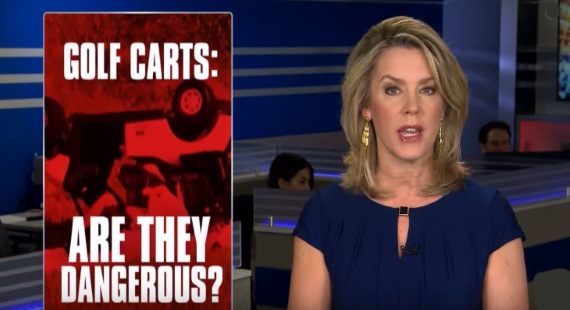 Inside Edition doing a story on how golf carts are becoming a dangerous play toy for the masses in the USA. It shows hurt and maimed child and talks about the death of a woman left in the bushes by a DUI driver.

More info from the report : Golf carts aren’t just for golfing anymore and appear to be everywhere, but driving them off the links comes with potentially serious hazards. The golf carts may look like fun, but they can be perilous if you’re not careful. In startling videos, some knuckleheads can be seen using them to smash into their friends. The reckless stunts have gone viral and are being called the “hottest prank in sports.” Golf carts can be dangerous even at slow speeds.