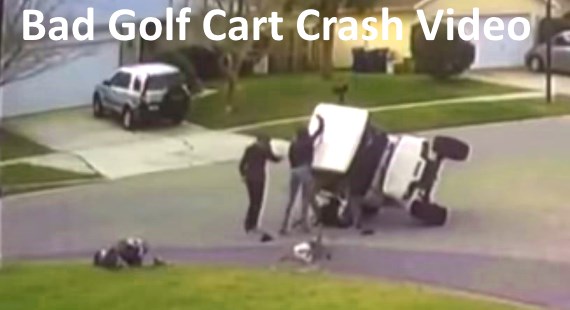 A Canyon Lake, California man was arrested on suspicion of hit-and-run after his rowdy passenger fell off the golf cart and died. This news came from the Riverside County Sheriff’s Department.

The fall went down at 10:40 Aug. 18. The passenger fell from the golf cart while riding along Canyon Lake and Village Way drives.

The dead man, who has not been identified, suffered major head trauma and died at a hospital, according to the sheriff’s department.

The golf cart driver, Scott Sempson, 61, fled the scene of the accident before deputies arrived, but he was eventually found and was arrested on suspicion of felony hit and run. Alcohol or drugs were not know to be a factor in the death.