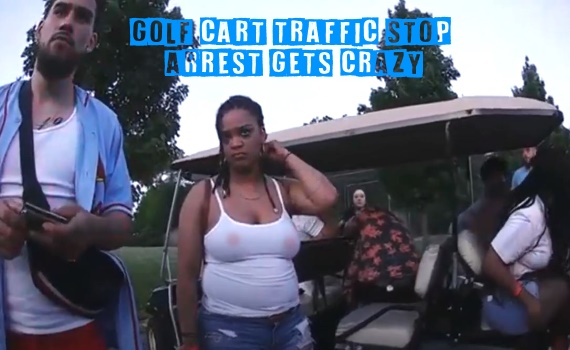 The cops said they perceived a threat from the group and a woman passenger trying to hide a substance. Police escalated the situation.

The mayor placed Put-in-Bay police Chief Steve Riddle on paid administrative leave and two officers involved have resigned–Lt. Michael Russo, who made the stop, and Sgt. Melissa Wilde, one of the officers who arrived as backup.

Those golf carts should have much better lights on roads like that.